While I am not shy, I have never really been a fan of public speaking. So when my friend Chris Blair asked me to speak at an International summit in Tokyo, I was both humbled and a bit fearful.

What if they heckled me? What if I froze on the spot? These were fears rushing through my mind as I tried to come up with an excuse to say No. But of course, saying no was never really an option. You cannot grow as a person by staying in your comfort zone.

So off I went. Hopped on the Shinkansen and took the 90-minute bullet train up to Tokyo from Nagoya. Checked in to my hotel in Shinjuku (downtown) and in true British style, I went to the pub.

It was more of a bar and sounded very un-British as it was called the Pink cow!

Anyhow, a few beers and some networking and it was time to catch some sleep before the big day.

The funny thing was, to prepare for this I had watched some videos of the Warrior Plus event and the guys speaking  at that were big household names. They also told their story and pitched almost the whole time.

Luckily, we had none of that here. 100% pure value. 0% pitching. The way it should be if good folk have paid their hard-earned to attend.

I think the best way is to give you a run-down of the speakers and what I learned:

Although Kevin is a fellow expat living here in Japan, this was the first time I had met him. He is a great character with a wealth of online marketing and product creation experience. Back when the Warrior Forum was actually good, he was one of the well-known names and built a lot of connections.

Kevin spoke to us all about expert product creation and how to do it the right way. A lot of marketers nowadays should listen to him with some of the stuff served up.

These two were simply fantastic. Now, I, like some others had never heard of them but some 007 style espionage discovered that they trained the sales teams of Ryan Deiss and Fran Kern to name a few. Wow! They had us all captivated. Gulliver really knows how to hold a crowd and his Armour of God sales info was worth way more than the $497 asking price for the whole event.

I am now a fan for life of these two.

Another person I’d never heard of but should have. Kim is a Facebook expert from Australia. He is a comfortable speaker and shared his knowledge on the various steps of Customer Awareness. All new and interesting stuff.

Who is this idiot? Actually, I really enjoyed my presentation after the initial worries. I spoke about YouTube and how to go from zero to an authority channel and then, once that is established how to branch out into YouTube Ads. The crowd seemed to like it 🙂

Stuart is an Aussie living in Japan (a little North of Tokyo) and though we had been Facebook friends for a while, this was the first time we had actually met. He spoke about list building and this is something I can implement into my business right away. Apologies to Stuart for stealing his blog post layout on the Netpreneur Summit.

I’d heard of Jacob before, but this was the first time to meet him. Off stage he seemed quiet but he is a fantastic speaker for sure. He has made $5 million Plus from an Ebook about jumping higher and built his empire on youtube. He now travels the globe with his wife and son. I heard his 3-year-old has lived in over 20 countries already.

Phil is from Montreal yet flew all the way over to teach us about E-commerce and Shopify. He knows a lot of stuff and really. After his speech, I was truly inspired to push forward with Shopify despite the worries I had. I’ll be hooking up with him for sure at some point.

Ed is a Google Adwords expert but he taught us all about domains and did so in a very entertaining way. I liked his style and he was a good speaker. I also enjoyed a good drink with him after day 1. If I need domain or Adword advice, I have someone to  go to.

Another one I’d never heard of. Michael is a real entrepreneur and is so so good at what he does. He is a Linkedin, Twitter and Amazon master as well as being a nice guy all round. I learned so much from him it ain’t funny. He now has a new customer. Me 🙂

The hosts: 2 expats in japan, James Brown and Chris Blair hosted this event superbly. They both complimented each other and because of them, the whole thing went super smoothly.

Add to that the drinks, food, connections and general fun and positive atmosphere, it was a fantastic event. I loved it and have already bought my next ticket. 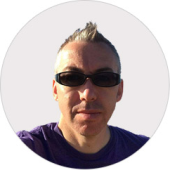