Well, this should be fun. I’m about to write my ‘about me’ page and hope that it doesn’t bore you and with a bit of luck (not that you need any), you’ll resonate with something on here. Oh, and I won’t write in the 3rd person as I think that’s stupid for a blog.

Japan is a fun, safe, weird, quirky place, but overall I am happy here. Sure I miss my home of London (especially the family, the football and the pubs) but I go back quite often so it’s all good.

Rather than tell you my life story, I’ll start back in 2000. I’d just finished backpacking around the globe after two years and was back in dark and gloomy London, somewhat depressed and wanting to be somewhere else.

I still had the travel bug and so, while working a grim warehouse job, I decided to study teaching in Notting Hill (fashionable part of West London) with the hope of getting a job teaching English somewhere in Asia.

I remember being interviewed for the course and being told I was not suitable as I had no language experience. I suitably ignored that advice and did the course, passed and got offered 4 jobs; Nagoya, Pusan (Korea), Thailand and Vietnam. I learned there and then not to allow anyone to tell you cannot do something.

I’d heard of the football team in Nagoya, so made up my mind to visit Japan for 6 months, save some money, and carry on backpacking.

Fast forward to 2012 and I’d just completed my Masters Degree in Applied Linguistics. Twelve years is a bit of a jump but heck, apart from getting married and having our first daughter, not much else happened. Life just went on about its business.

While the Masters degree was an eye-opener, and I’m glad I did it, I realized what a load of old tosh Academia is. So out of touch with reality and utterly useless in the real world.

It was about this time that I wanted my life back. I was getting sick of teaching and came to the conclusion that my life was passing and I was forsaking my kids for a paycheck.

I would get home at 10 and leave at 8 the next morning. that is no way to go through life although to most folk, it’s the norm.

Like many, and perhaps you  too (if you are still reading that is), I turned to the Internet. I had absolutely NO CLUE about anything.

I had no business background and zero technical skills. In short, I was the stereotypical clueless newbie. And I failed big time.

I made the mistake of not having a plan (as well as a clue) and joined a few network marketing companies and Biz Opp style companies that make me shudder when I think about it.

I realized I needed guidance and spent $5,000 on some mentoring and got my first sales funnel made up. $3k of the $5K that was for one to one support that never happened and so I lost that $3K there and then. I was gutted and it fuelled my suspicions that this whole IM lark was a scam. but at the same time, I knew there were good people out there so I had to keep going. I was in too deep to quit now.

I won’t bore with too many details, but I’ve had a ton of failures and setbacks. Let me summarize some of them below:

+ Paid $5,000 for some one to one training with a well-known marketer and received a grand total of ZERO minutes.

+ Made a grand total of $24 in my first 6 months. I spent slightly more than that.

+ Had to borrow money from my wife 18 months into my online journey as I had spent everything I had.

+ Spent almost every spare hour I had after work and on weekends trying to figure this game out.

Luckily, I did come across a website called Chris Farrell Membership. I am no longer a member as it is fairly basic stuff, but I learned so much and really recommend it to people who are brand new OR technically inept (as I was). Chris Knows his market well and really tailors his material to beginners.

I learned a list was not just something that you took to the supermarket and that WordPress existed. I discovered the world of auto responders, solo ads (yuck) and copy.

That said, I got super overwhelmed trying to learn all this stuff and then actually apply it. I was hemorrhaging money and that was not fun.

One time I spent $2K to learn all about Solo Ads only to find that the group I joined were all buying clicks off of each other, leaving fake testimonials in Facebook groups and using PLR (private Label Rights) to kickstart their lists. Shady stuff and I wanted no part. Another expensive learning process.

So I was back in limbo and just spent my time keeping busy and not achieving too much.

My week would be something like this: Monday I’d write a blog post, Tuesday send an email, Wednesday watch a training video, Thursday think, oh I haven’t written a blog for a few days, Friday I’d make a video. This unfocused strategy continued for a while.

No pattern whatsoever. I was going nowhere fast.

So I got talking to a successful friend of mine, Chris Blair who became successful by solely focusing on Facebook and nothing else. It was late Summer 2013  and I made the choice to try and master YouTube.

I bought up a lot of products and began making  little videos. I realized I needed to learn how to rank them to get more views.

Over time, I attained this skill set and was able to rank for a wide variety of keywords and as a result, my videos were getting some traction.

By chance (via a mastermind) I met two guys; Bill Hugall and Anthony La Rocca. They were partners then but have since gone their separate ways. They showed me how to take all the knowledge I had and create simple Info products.

My first attempt was called YouTube Massacre. Don’t Google it as you will get some horrific images but it did ok. Although I am biased, for a first product, it was pretty good and sold over 100 copies and got me a few $K in the bank.

It also built me a buyers list and that, I was to find out later, was to be super powerful.

I began releasing products and with all the knowledge I had, I was able to build a good relationship with folk on my list and help them out with YouTube related stuff.

I tried by hand at other products but it was with YouTube I felt most comfortable as I was actually out there doing it day in day out. I knew a lot of stuff.

In about early 2014, I began to do some CPA stuff and that was a whole new ball game. But as I had spent so much time studying various aspects of online marketing previously, I made good progress.

I still have a ton to learn with CPA, but you never stop learning and should always stay humble and hungry.

About this time, I became sick and tired with all the lies in the industry, though, so I made my review site which if you have not seen you can check out here: http://beerswithadam.com. I wanted to do some reviews after actually going through the product so that people had a chance to see for themselves there are some honest people out there. I’m aware there are others who also do honest reviews too, but no one has a monopoly on the truth!

I now have a bunch of niche sites and YouTube channels, several membership sites, a responsive list and Facebook group that I run as well as always being a student of the game.

I feel my trials and tribulations will be able to help some people and if you are struggling right now, success is just around the corner waiting for you so long as you don’t give up.

What Is this Site All About?

As mentioned, I have a site dedicated to reviews so this site will be all about value and education. You will find a ton of YouTube marketing tips and strategies but it’s more than that. I know stuff about CPA, Email, Facebook and Niche Marketing all of which can be tightly or loosely connected to Video.

I will leave you with my advice:

There is more of course. Making money online is NOT easy. If it were, everyone would be rich. But it is possible if you learn, take action, fail forward, never quit and take responsibility for your actions. 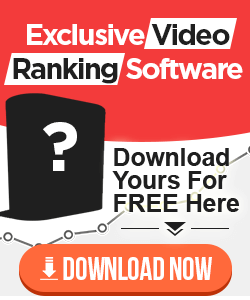 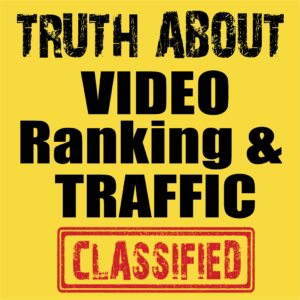